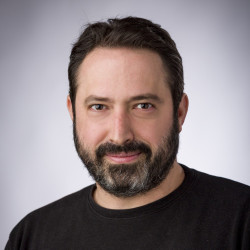 Dr. Richard Zager was carrying into his home a 32-pound IBM XT personal computer from his lab at the Fred Hutchinson Cancer Research Center. It was 1984; Ronald Reagan was President and the median home price in Seattle was $115,000, down from $192,000 a few years earlier.

Zager thought his 7-year-old son Michael, recently diagnosed with dyslexia, mirrored writing, and ADHD, might benefit from tinkering with the computer. Fast-forward a few months. Zager finds the computer disassembled on the floor. Not only did Michael reassemble it, but he also demonstrated a proficiency for the contraption’s inner workings, as well as basic programming languages.

Like the technology sector over three-plus decades, the young Zager’s proficiency and skills have evolved. From designing websites for rock groups and Fortune 100 corporations, to digital installations for retail and corporate events, he now, at age 44 produces interactive visualizations as the Director of the Fred Hutch – Brotman Baty Data Visualization Center.
How does one go from promoting The Who and Proctor & Gamble to Single-Cell Multi-Omics Data? The answer is as simple as it is complex, much like Michael Zager himself.

“The web in the late 1990s and early 2000s was the ‘Wild West,’” said Zager, who spent his early career developing experiential websites. “The field of human-computer interaction was wide open, untamed, and vibrant with creativity. Clients then wanted to differentiate themselves. Today it’s all about adhering to standards and increasing profit margins.”

Zager worked with some of the best-known musicians and companies in the world: Black Eyed Peas, Blink 182, and Jason Mraz, as well as Coca Cola, Toyota, and Best Buy. Uninspired by the direction the web was headed, Zager sought opportunities to bring technology to events, such as tech conferences, concerts, rodeos, and NASCAR races.

His interests led him to the Garrigan Lyman Group, a digital marketing agency where Zager worked between 2012 and 2015. Christopher Geiser, the firm’s chief technology officer, remembers him on Zager’s LinkedIn profile as “a rare combination of innovator, engineer and strategist.”

“The perfect combination of vision and execution, he adds value at every turn in planning, brainstorming, technical design, experience design, and overall implementation,” Geiser wrote.

Zager’s trajectory using that “perfect combination” took an abrupt turn when he achieved a significant milestone. He became a father.

“When my daughter Paloma was born, I reflected on my own life and what kind of parent I wanted to be,” he said. “I lost my mother in my 30s and knew two things. I wanted to be present in my daughter’s life and do something that would, hopefully, spare her the same trauma.”

Zager’s professional journey is especially remarkable because of his lack of formal education. One incident stands out.

“I remember sitting in Dr. Gillard’s office, with all these brilliant researchers and thinking, ‘Do they know that I didn’t graduate from college?’” Zager said.

Believing that imagination and dedication were more important than a university diploma, Zager embraced the opportunity. The center’s website states its work is founded on the premise of “translating data into discoveries.”

“Human survival has always hinged on the ability to translate visual signals into patters, trends and correlations,” the site notes. “In the age of big data, this aptitude has proven effective at turning data into life-saving discoveries.”

“The Descartes Human Cell Atlases feature the largest single-cell dataset published to date,” he said. “From these data, a catalog of all major cell types across human tissues was generated, including how those cell types might vary in their gene expression across tissues. From the website, users can explore individual tissues and their constituent cell types, genes, and motifs.” That website, he stated, is composed of about 500,000 distinct pages, featuring more than two terabytes of data, and has been visited by more than 12,000 researchers from 44 countries.

The other discovery is related to SARS-CoV-2.

“Data sharing and analysis have been key to our understanding of the disease and the development of therapeutics,” he said. “The Data Visualization Center has produced multiple atlases to assist researchers in understanding the genomic underpinnings of the disease.”

The Seattle-based Institute for Systems Biology Covid19 Atlas provides insights into how the immune system responds with disease progression. The website features single-cell multi-omics time-series data as well as clinical annotations on more than 400 patients.

In 2019 alone, Zager worked with faculty from the Fred Hutch, BBI, the Institute for Systems Biology, and the New York Genome Center in publishing papers in the journals Science, Cell, and Nature on such topics as COVID-19, cancer biology, human development, and machine learning.

With science evolving almost as quickly as technology and data analysis, what does Zager see as significant trends over the next five years? He cites three overarching directions:

“Research data has traditionally been generated by individual labs seeking answers to specific questions. This approach is costly, time-intensive, and often underpowered from a statistical perspective. Today, large-scale data generation projects provide researchers with access to robust and high-quality datasets. Moreover, these initiatives maximize the utility of this data by allowing multiple investigators to interrogate it and compare results.”

“Today much of data science is conducted on personal computers or institutional computing clusters. These approaches require data to be stored in multiple locations, increases the likelihood of degradation and are subject to storage and compute limitations. These are costly to maintain and complicates data sharing. While migrating to cloud-based platforms remedies these issues, it requires data scientists to be retrained and amendments be made to data usage agreements.”

“Medical journals were established in the late 18th century and remain the primary way scientific knowledge is disseminated. While many journals now have a digital presence, the format has gone largely unchanged. Presentation of figures and data is limited and requires researchers to obtain the underlying data to validate findings or pose new questions. Interactive websites, known as data atlases, provide a compelling alternative. They enable researchers to interrogate the data, comment, and update findings as new information comes to light.”

Zager’s work has been nothing short of transformative to The Hutch and BBI, according to BBI’s Dr. Cole Trapnell, Associate Professor in the Department of Genome Sciences at the University of Washington’s School of Medicine.

“Michael and the data visualization center consistently create riveting images that bring our scientific findings to new levels of insight and understanding,” said Trapnell, who has worked closely with Zager on several scientific atlases. “He and his team are integral as we explore innovative ways to navigate complex data.” 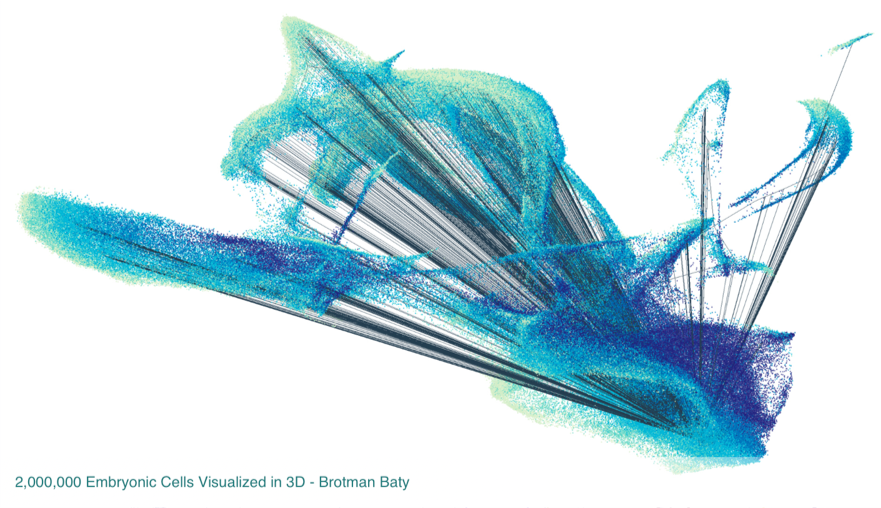