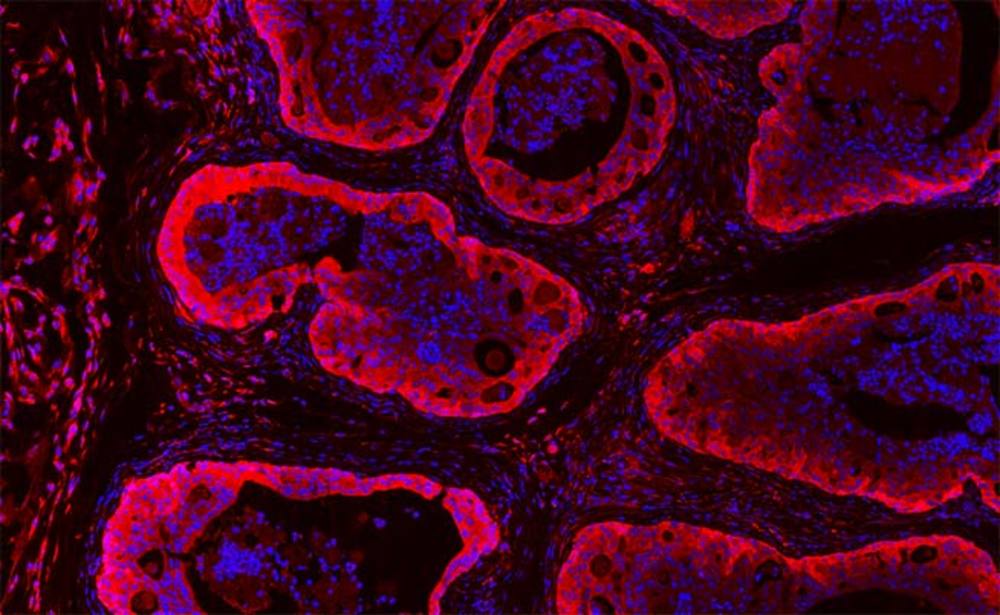 A new generation of potent prostate cancer drugs has dramatically extended survival for patients with advanced prostate cancer. But prostate tumors are finding new ways of resisting these treatments, creating a need for new treatment options. In a new study published today, researchers at Fred Hutchinson Cancer Research Center discovered that when aggressive prostate tumors turn off the receptor, their source for growth-fueling hormones, they ramp up a different growth-promoting system. When the scientists targeted this pathway in mouse models of prostate cancer, the mice lived longer. “We figured out the mechanism by which [tumors lacking androgen receptor continue growing] … and that may be a therapeutic vulnerability,” said Hutch prostate cancer researcher and oncologist Dr. Andrew Hsieh, who led the study, which was published in the journal Science Translational Medicine. Hsieh also treats patients with prostate cancer at the University of Washington Medical Center. In the short term, the findings could help explain why a certain class of experimental drugs has so far failed to produce results in clinical trials. In the longer term, the results could help oncologists select the right patients to treat with these drugs and pave the way for more targeted treatments. Androgen-receptor–low prostate cancer: A growing threat Most prostate tumors rely on the androgen receptor, or AR, which binds testosterone and related hormones, to grow and survive. Recently developed drugs, which potently block either AR or androgen production, have extended life expectancy for patients whose aggressive prostate tumors have grown resistant to other forms of treatment. First rolled out in 2012, the drugs — which include enzalutamide and abiraterone — still aren’t a permanent cure. And when tumors recur, they find new escape routes. In 2017, Hsieh’s Hutch colleague Dr. Pete Nelson showed that after 2012, oncologists started seeing that in men whose disease had returned after treatment, significantly more tumors had rewired their molecular pathways to circumvent the need for AR. The results presented scientists with a double conundrum: First, how do the tumors continue to thrive without AR? And second, how can these tumors without AR be targeted with new treatments? To Hsieh’s mind, answering the first question would help answer the second. “If we can understand this process better, we might be able to find therapeutic targets,” he said. Prostate tumors release molecular brake on growth He and lab technicians Yuzhen Liu and Jessie Horn began digging to see how the new type of prostate cancer, dubbed androgen-receptor–low, or AR-low, had rewired itself. To do so, they drew on prostate cancer cells growing in lab dishes, a mouse model of the disease, patient tissue specimens, and cancer cells taken from patients with this type of tumor that are then grown in mice. AR works by turning specific genes on. The team discovered that AR has competing effects: Sometimes it turns on genes that promote tumor growth, and sometimes it turns on genes that rein it in. When drug-resistant tumors jettison AR, they release this molecular brake and allow a growth-promoting cell-signaling pathway to compensate for others that are lost. The molecular brake the researchers identified is known as 4EBP1. This protein works to keep production of a select group of growth-promoting proteins in low gear. By shutting off AR, tumors also shut off 4EBP1. Then, the cell’s production of these proteins shifts into overdrive. Tumor growth goes wild. “The biggest finding at the molecular level is that the androgen receptor [in addition to turning genes on] … actually regulates protein synthesis,” Hsieh said. Turning prostate cancer’s strength into a weakness Hsieh, Horn and Liu realized that AR-low tumors’ over-reliance on signaling pathways usually restrained by 4EBP1 could be their downfall. To test this, the team used compounds that mimic 4EBP1’s activity to see how they affected tumor cells that lacked AR. In lab dishes, the compounds killed AR-low prostate tumor cells, but not cells with high AR levels. The researchers also saw that these compounds reduced the growth of human AR-low prostate cancers growing in mice. After 30 days, only about 30% of untreated mice were alive, while all mice treated with the anti-4EBP1 compounds survived. The compounds had no effect on growth of tumors that still relied on AR. “We found a link between androgen receptor and protein synthesis that is uniquely druggable in the context where androgen receptor is not present,” Hsieh said. “Ultimately we would love to target this vulnerability in patients with advanced-stage prostate cancer.” The findings may also explain why a class of experimental prostate cancer drugs called mTOR inhibitors, which interfere with protein synthesis, failed in clinical trials. Though his suspicions remain to be confirmed, Hsieh theorizes that the problem may have been that the trials included patients whose tumors, unlike the AR-low tumors, were not so reliant on protein synthesis for growth. Selecting the right patients, he thinks, could make mTOR inhibitors, or similar drugs, a success. Now, Hsieh and his team are working to better understand 4EBP1’s activity. And he hopes that their work could someday help oncologists select the patients whose tumors would be most vulnerable to treatments that target this weakness. Such drugs, Hsieh envisions, could be given alongside today’s potent AR blockers or inhibitors of androgen synthesis to slam the door to another route that prostate tumors can use to escape treatment. He is working to develop these next-generation therapeutics. “I’m often asked by patients, ‘What’s new? What’s on the horizon?’” Hsieh said. “And what fuels the research that we do is that if we understand the disease better, we can push that horizon further. We can develop new therapeutics, which is really what this paper shows.” 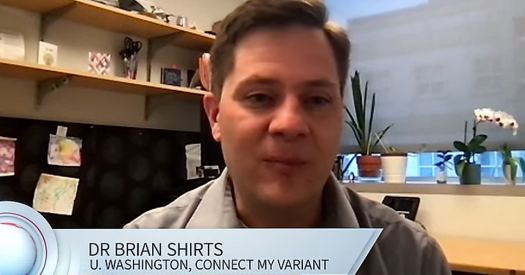 ‘Conversations that Matter’ host Stuart McNish interviews BBI’s Dr. Brian Shirts who articulates the imperative of genetic testing and the services of connecting with family members through ConnectMyVariant. 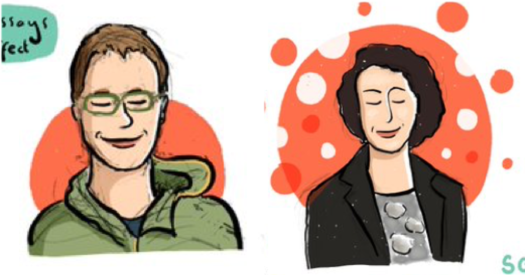 BBI co-hosted with the Center for the Multiplex Assessment of Phenotype on April 5, 6, and 7 the fourth annual Mutational Scanning Symposium with global experts sharing their expertise. The Institute's Drs. Lea Starita and Doug Fowler share their observations.