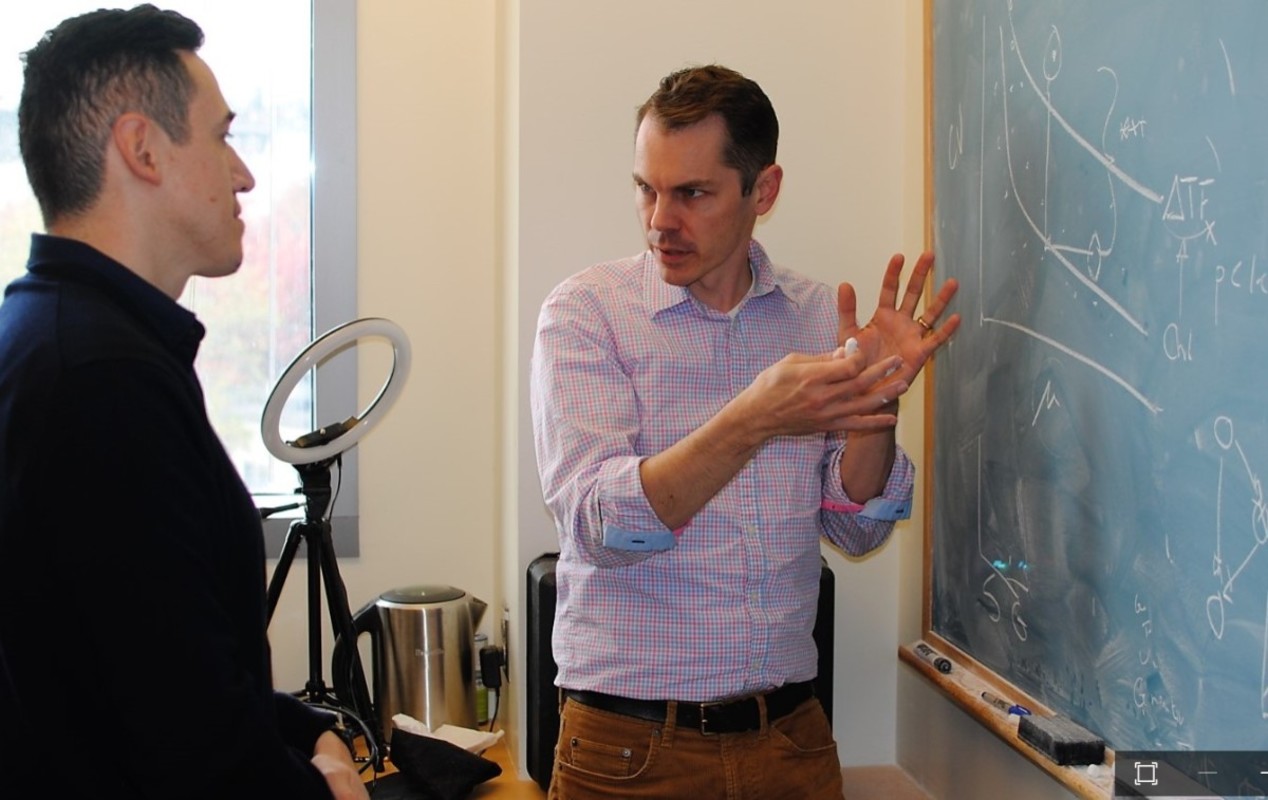 Exceptional people influence one’s life choices. For Sam Regalado, those people – from Bill Nye “The Science Guy,” to a distinguished Native American great-great grandmother – have shaped a determination to advance his career in medicine and science as well as the careers of others through diversity and inclusion.

Regalado is an MD-PhD candidate at the University of Washington. He expects next year to complete his doctorate, working alongside BBI’s Drs. Jay Shendure and Cole Trapnell, in the UW Medicine Department of Genome Sciences. His desire to practice precision medicine as a clinician and a researcher is matched – or maybe exceeded – by an uncompromising commitment to engage and inspire people of diverse cultures and backgrounds.

“The best science is that done in a multi-disciplinary manner,” he said. “Those of us in science, as well as in society at large, prosper when we bring our skills, our backgrounds, and our experiences to bear on humanity’s most pressing challenges.”

His “best science” currently is centered around the topic of his dissertation, functional genomics and single cell technology development, which he expects to complete and defend in the spring of 2023. Trapnell, Regalado’s advisor and mentor, is confident this promising young scientist will become an exceptional researcher and clinician.

“Sam is pushing the envelope on our techniques for understanding how our DNA encodes the genetic program that builds each of us from a single cell,” Trapnell said. “As a future physician-scientist, Sam's been focused on tools and techniques that help us understand human development from cells in a dish. These tools will shed a lot of light on how we develop. They will likely be applicable to models of human diseases as well.”

Regalado started “pushing the envelope” long before he arrived at Trapnell’s lab. An admitted “PBS kid,” he became intrigued with science and “drawn to chemistry” watching Bill Nye “The Science Guy.” He voraciously read books on rocks and minerals from a local library in Sacramento, California, where he was raised.

“In high school, things began to crystalize for me,” he said. “It was evident I was on the path to becoming a scientist. I had two biology teachers who were pivotal. They saw something in me that I did not see in myself and they inspired and encouraged me, saying, ‘You should continue to follow this interest.’”

He followed that interest to the University of California, Berkeley, where he became enamored with genetics and genomics, which, he said, “touches on so many different facets of science.”

His research at Berkeley included investigating properties of human stem cells and genome editing in regenerative medicine, tissue engineering, and cancer biology-based projects. After graduating in 2012 with a BA in molecular and cell biology, he joined the lab of CAL’s Dr. Dirk Hockemeyer as a staff research associate, developing genomic technologies and using stem cells to explore biological processes in development and disease.

After several visits to Seattle as an undergraduate, as well as learning of Genome Sciences and, specifically, the work of Trapnell and Shendure, Regalado set his sights on the UW. He said the department is “pushing on the frontiers of science.” As soon as he received a letter of acceptance, he cancelled plans to visit other highly sought out universities that accepted him.

'(Sam) envisions the future, but lays out very carefully how he’s going to prove that his ideas work before he sets out to actually go where he wants to go.' Cole Trapnell

Trapnell clearly appreciates Regalado’s skills in the lab, as well as his character.

“Sam stands out because he dreams big, but refuses to take shortcuts,” said Trapnell. He envisions the future, but lays out very carefully how he’s going to prove that his ideas work before he sets out to actually go where he wants to go.”

Regalado, 34, also envisions a future where ethnic minorities and people of color play increasing prominent and influential roles in science and medicine. That includes several projects involving the integration of Native American and Hispanic audiences. Among those are:

• Co-founding and serving as former president of the UW chapter of the Association for Native American Medical Students, whose mission is to foster community engagement among Native healthcare students and their allies and to offer networking, research, and mentorship opportunities.

• Mentoring and serving as a liaison to undergraduates and student groups, including Chicanos/Latinos for Community Medicine.

• Helping establish and serving as a founding member and co-organizer of the Genome Sciences Association for the Inclusion of Minority Students, a student-run organization supporting genome sciences trainees of diverse backgrounds.

Regalado’s passion for mentoring Hispanic and Native American students is founded on a person he never met, but who looms large in his personal and professional lives: a maternal great-great grandmother who was a member of the Barbareño Chumash tribe located in and around Santa Barbara, California.

Mary J. Yee was the last person to speak Chumash fluently. She is profiled in the Santa Barbara Museum of Natural History, along with an illustration of his family tree. Regalado traveled to the area annually as a child for family reunions. Most of those trips included visits to the museum, where he befriended curators to fill in the gaps between family stories and folklore. Regalado’s father is a second-generation American whose family emigrated from Guadalajara, Mexico.

That great-great grandmother, whom Regalado never met, may well have dreamed her future offspring would honor their Chumash heritage by caring for others. Trapnell is quite confident Regalado will fulfill such a dream.

“Sam is an incredibly talented scientist, but he's also amongst the most humble people I know,” he said. “Being an effective scientist requires humility, because part of the job is being wrong - and learning from it. Though I have to say, Sam isn't wrong very often. While I'm not a physician, the best doctors I know are also very humble and live in large part to serve others. Sam is going to be effective over a long career because he's never going to let himself stop learning or stop serving his patients.” 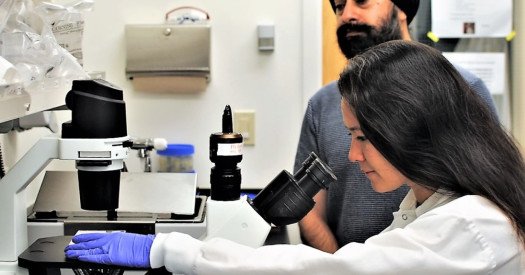